*Primary Progressive Aphasia, a degeneration of the part of the brain that affects speech. 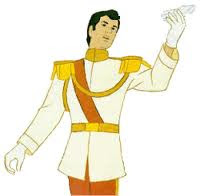 Tommy is on bended knee before me holding a Capezio ballet slipper in one hand. We are both laughing. The scene reminds me of Prince Charming when he finds his Cinderella and the perfect foot to fit the glass slipper.

Our mirth doesn’t exactly match the fairytale, but instead is my husband attempting to figure out where to put the elastic strap that crosses the instep on the shoes I use as house slippers.

“No, Honey, my foot goes under the strap and into the shoe,” I tell him as I put a hand on his shoulder to steady myself. But Tommy insists on putting the band on my heel.

I am unfazed; we have several days left to practice. I’m readying Tommy to help me when I return from hip replacement surgery and am not allowed to bend over to put on my own shoes. He is eager to show me he can come through for me.

Earlier that day at lunch, I deliberately dropped a napkin on the floor. “Honey,” I said, “this is a rehearsal. Can you pick up the napkin for me?” He did, with a grin. He was enjoying this gallant role.

My tests continued throughout the day. “Give me your elbow, please,” I said. Actually, this trial needn’t wait until post-surgery because I’m already a hobbler with my arthritic hip. “And walk slower, Honey, I can’t move this fast.” He complied, and like an escort leading an elderly patron to the opera, he moved one foot at a time.

At home, it was this request: “Keep your eyes on me as I walk up the stairs. Just in case I topple backwards.” Instead of viewing my assent from his spot on the couch, my Prince Charming rose and stood at the base of the stairs. He watched as I slowly practiced the step-to-step instructions in my pre-surgery pamphlet.

When I reached the top of the stairs, Tommy returned to the couch and his TV program. That was fine with me; he had completed enough tests to assure me he’d be a competent caregiver. And if I needed further evidence of his empathy for the ill, all I’d have to do is to recall an incident with an ailing uncle that convinced me Tommy would be a good mate.

My Uncle Nate was in a residential facility suffering from Parkinson’s and dementia. It was no longer safe for him to be at home. Tommy and I weren’t married at the time, just mature sweethearts when he accompanied me for a visit. As soon as they were introduced, Tommy said to my uncle, “Would you like to take a walk?” Then, he hooked an elbow and slowly ambled along the hallway with Uncle Nate.

As I watched the two men -- one a treasured figure in my childhood, the other a second-husband prospect -- I realized how important this trait would be in my life. Tommy would be someone I could count on, to care for me when the need would arise.

As it turned out, Tommy beat me to it. I’ve been the one wearing the caregiver’s cap. But I know, that if the situation were reversed, if I was the one suffering a variety of losses, my husband would not leave my side, nor protest his new responsibility.

So, we’re about to have a real-life test, albeit a temporary one. I’ll be in the hospital for two days (prayerfully), then home to rehab for three to six weeks.  Friends, relatives, and neighbors will be around to assist us both.

But there will be times during my return to physical health that it will be just my husband and I. While Tommy is silent in his requests, mine will be loud and insistent: “Honey, I want my cane,” I can hear myself saying. Or, “please put a load in the laundry so it doesn’t pile up.” Perhaps, “Can you start dinner? Make salads? Set the table?” All new language of need from yours truly.

I’ve been fortunate, in the years we’ve been together I’ve been a healthy woman -- no previous hospitalizations and no memorable cold or flu that required Tommy’s attentiveness. If there were, he evidently brought me the requested medicine, bucket, or broth, or I would have remembered his lapse. Wouldn’t I have?

I am certain that in this upcoming episode in our lives, Tommy will turn out to be caregiver extraordinaire, and soon enough he will figure out the Capezio's. Tending to his Cinderella will soon be old hat for my Prince Charming.

Posted by Elaine Soloway at 5:45 AM

Elaine Soloway
This blog is brought to you by Elaine Soloway Consulting, offering services in Public Relations, Coaching, and Technology. Check out my website, www.elainesoloway.com, for more information and my latest blog posts.